FROM THE PIPELINE | Monoclonal antibodies as future MPT products

Monoclonal antibodies are engineered proteins derived from a single parent cell and have been used in a diverse range of therapeutic applications due to their versatility and specificity. At Mapp Biopharmaceutical, Inc., we believe monoclonal antibodies are promising candidates for multipurpose prevention technologies (MPTs) when formulated as topical (e.g., films and rings) or injectable products. Systemic antibodies may have multiple effector functions – like complement binding (CDC) and binding to monocytes (ADCC) – while mucosal mechanisms agglutination and trapping in mucus are less widely discussed, but are crucial for the protection of mucosal surfaces. Systemically and mucosally delivered antibodies have demonstrated efficacy in SHIV prevention studies. In this post, we describe some of the important progress to date on monoclonal antibodies as future MPTs.

Topical Antibodies as MPTs
A phase 1 clinical trial, a single center, randomized, single blind, placebo-controlled, two-segment study, recently concluded that assessed the safety of HIV and HSV antibodies in vaginal film (MB66). Subjects were randomized 1:1 into two groups and treated once daily with either 1 experimental film or 1 placebo film for seven consecutive days. In addition to safety measures, pharmacokinetic evaluations were done; specifically, this study evaluated the rate of film dissolution, the vaginal concentrations of the antibodies over time, and the degree of systemic absorption of the antibodies. Several exploratory objectives were evaluated, including the antiviral effect of the antibodies ex vivo, the effects of films on the cervicovaginal microbial environment, and the effects of films on cervicovaginal immune mediators.  Participants were asked to assess the acceptability of the MB66 vaginal film after 7 days of use. Clinical trial results are expected to be released in early 2019.

Anti-sperm antibodies commonly contribute to infertility due to sperm agglutination and mucus trapping. The target for the human contraceptive antibody is a male reproductive tract specific glycoprotein that is produced and secreted by epithelial cells lining the lumen of the epididymis, vas deferens, and seminal vesicles. An antibody-based contraceptive research center was recently awarded to develop and clinically evaluate the human contraceptive antibody in a phase 1 safety trial that has a surrogate efficacy endpoint. The ultimate intent of the investigators is to develop a contraceptive MPT product that includes antibodies to sperm, HIV, and HSV in films and intravaginal rings.

Injectable Antibodies as MPTs
A Phase 2b study is currently being conducted to evaluate the safety and efficacy of a broadly neutralizing monoclonal antibody in reducing acquisition of HIV-1 infection in women in Sub-Saharan Africa. An equal number of study participants are randomized to receive VRC01 monoclonal antibody by IV infusion at a dose of 10 mg/kg or 30 mg/kg every 8 weeks, or to receive control infusions every 8 weeks. For 3 days following each infusion, participants will be asked to record and report any symptoms to study researchers. Final results are expected in 2021.

In a quantitative market research survey of 1,772 women in high-HIV burden settings in Sub-Saharan Africa there was near universal acceptance of the hypothetical concept of an MPT that prevents pregnancy and HIV, especially injectables. Since acceptability may increase uptake and reliable use, a paired three-month injection schedule of an HIV antibody (with a mutation that extends serum half-life to three months) and an injectable hormonal contraceptive may lead to greater HIV efficacy and better reproductive health outcomes. If subcutaneous delivery of VRC01 is safe and effective, self-administration of antibodies and hormonal contraceptives is feasible.

Cost and Scale of Antibody-based Contraceptive MPTs
Antibodies have become a commercial blockbuster drug platform, but rarely with indications for infectious diseases. There are several reasons, however, that suggest antibodies may be more desirable in the future: 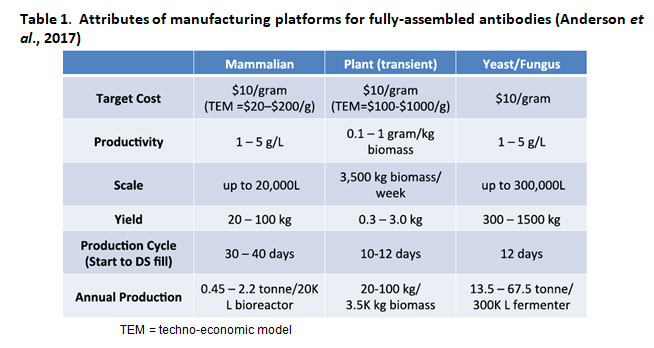 As manufacturing platforms mature to address cost and scale challenges of antibodies, the opportunities provided by the versatility and specificity of antibodies for MPTs will emerge.

Kevin Whaley has worked for the last 30 years on the development of MPTs to prevent sexually transmitted diseases and unintended pregnancy. He co-founded Mapp Biopharmaceutical to develop antibody-based MPTs, therapeutics and mucosal vaccines that are appropriate for large, cost-sensitive, global health markets.

Any thoughts? Contact us to learn more about the submission process.

Spread the word about the promise of MPTs.

We will go further together – join the movement for MPTs.

Your financial and in-kind support can help make MPTs a reality.

The Initiative for Multipurpose Prevention Technologies (IMPT) is a project of CAMI Health, an organization dedicated to advancing the comprehensive sexual and reproductive health of women and girls worldwide. CAMI Health is housed at the Public Health Institute (PHI).

This project is made possible by the generous support of the American people through the United States Agency for International Development (USAID) under the terms of Cooperative Agreement #AID-OAA-A-16-00045. The contents are the responsibility of the IMPT, CAMI Health, PHI, and its partners and do not necessarily reflect the views of USAID or the U.S. Government.