Growth of the MPT Field
Investments in the MPT field

Investments in the MPT field

The MPT field has experienced tremendous growth over the past 5 years. There were 40.3 million U.S. dollars invested in the MPT field in 2016, a 52% increase from 2013 – when the IMPT began tracking investments in the MPT field. From 2015 to 2016, investment in the MPT field fell by 14%, which reflects similar trends in investments in HIV prevention research and other related fields. The U.S. public sector remains the largest investor in MPT related activities, representing ¾ of ⅔ the total investment in 2015 and 2016. Additional investment came from Europe, Canada, and India at 6%, 2%, and less than 1% respectively. The investments measured by the IMPT represent reported investments in MPT research and development, as well as investment to support MPT-related advocacy, communications, and other relevant work. It is important to note that the MPT field-wide investments captured here do not include the significant social capital investment, including both work and personal time, of the IMPT working group members and NoE. Participation in IMPT working groups, NoE webinars, and other ad hoc consultations is primarily done on a volunteer basis. A small portion of time, and therefore investment, is captured in core support allocated to the IMPT Secretariat and a select number of other organizations, but largely does not figure into the stated total.
Funding opportunities to advance MPTs

Leveraging the critical ongoing support of USAID, and others to the MPT field, the National Institutes of Health (NIH) released three funding opportunities supportive of advancing the MPT field in 2017. Two of these opportunities focused exclusively on MPT development. 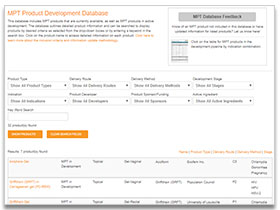 The MPT product pipeline, tracked by the IMPT Secretariat, continues to evolve, with nearly a dozen MPTs moving through clinical trials and many other technologies in earlier stages of development. To learn more about the status of these innovative products, please check out the searchable online MPT Product Development Database.
MPT mentions 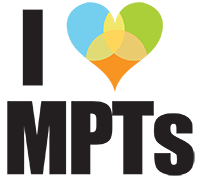 In measuring publications that highlighted MPTs in 2017, among the peer-reviewed articles included in our article e-blast, there were 16 articles in which MPTs were directly mentioned at least once, an increase from 2016. Moreover, in 2017, the mention of MPTs in the grey literature (e.g. media articles, blogs, and funding opportunities) was more commonplace as seen in monthly trends, compared to 2016. The mention of MPTs at conferences, convenings, among other communication and advocacy spaces – both formal and informal – mark an additive shift in the field as more and more researchers, advocates, and other stakeholders are becoming increasingly familiar with the term ‘MPT.’